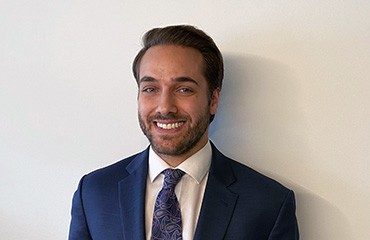 Steven is the co-author of the acclaimed publications:

Publications can be found through Amazon Books.

Steven has business development hard coded into his DNA. He is an entrepreneur to the core. Upon graduation from University, Steven accepted a position in a marketing capacity for a medium-sized energy software company. Shortly after, he launched his first company in 2015 with a fellow co-worker. He positioned the company to assist engineering and law firms with their content and digital marketing strategy. In that same year, he ran for federal politics at the age of 24 and placed 5th out of 8 candidates. He has been engaged in several other business ventures since catching the entrepreneurship bug, including a business incubator that has helped train dozens of people in the marketing capacity and help hundreds of businesses grow.

Steven discovered his passion for immigration when he took on the fight to keep his first business partner in Canada. He successfully self-navigated an Owner Operator LMIA approval in late 2016. Upon connecting with Sean McKinsley of CIVS, they worked together and succeeded in obtaining a Start-up Visa nomination for his partner, and his partner was able to return to Canada. It was over the course of this process that Steven became obsessed with business immigration. He is passionate about start-ups and businesses launched by immigrant entrepreneurs. He believes that Canada can continue to improve and be the ultimate destination in the world by importing the best, brightest and most innovative companies, and talent. Steven is achieving this goal as Vice-President of CIVS by assisting business immigration clients in sourcing and starting their business in Canada through various immigration pathways.

Steven aspires to one day run as a Member of Parliament and becomes the Minister of Immigration in the Canadian government. Steven will do whatever it takes to continue to grow the Canadian economy with immigrant entrepreneurs and business owners and wants Canadian immigration policy to better reflect that Canada is unequivocally the best destination in the world for business immigrants.