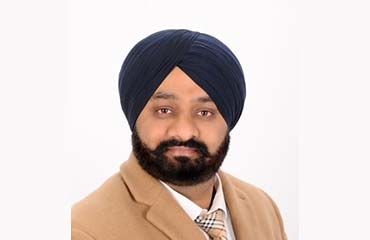 Mr. Singh is a member in good standing with the College of Immigration and Citizenship Consultants, R520129.

Mr. Singh is fluent in Punjabi, Hindi and English.

Mr. Singh is a Canadian Citizen. However, Mr. Singh has deep roots in India where he was born and raised. His career commenced at the age of 19 in his first job with M/S Chawla Construction as a Marketing Supervisor where he stayed for half a decade managing tender processing and marketing collaterals. Later joining GM Exports as a globetrotting Sales Manager covering marketing initiatives and raising sales figures in Southeast Asia, Japan, Europe, Bulgaria, and North America.

Having explored most of the European continent, his next career venture found him as a District Sales Manager at SSE, UK, where he reached the peak as an astute professional in the company’s long-running history as the UK’s only professional to have topped the sales chart in all four verticals of SSE’s revenue generation stream, consecutively for 3 months in 2010.

He spun into action with his own business under the pen name Gurmehar Constructions in India where the Indian government recognized his efforts as the Best Contractor in B&R Business in all of Delhi. His sole proprietorship was accredited by The Indian Agricultural Research Institute (IARI) for having state-of-the-art research facilities for glasshouses, organic farming, rehabilitation, and mushroom farming.

Not long after he moved with his family to Canada and was involved as a sales and marketing professional in the automobile retail sales industry.

Mr. Singh has attended post-secondary in Canada and is a graduate of Ashton College, Abbotsford, BC, Canada.

He’s a self-made leader with strengths in: