Canada Immigration and Visa Services announces the release of Canada’s first comprehensive guidebook for business investment immigration in Alberta for Owner Operators and or experienced professionals / managers who want to permanently resettle to Canada, which is entitled “The Alberta Advantage for Immigrant Entrepreneur Investment”

You can also purchase in Amazon Kindle Store (kindle or paperback)

Sean G McKinlsley, Managing Partner states, “We are proud to service our valued clients from around the world with service in English, Punjabi, Hindi, Cantonese and Mandarin.”

Micky Singh states, “Together, we work as a team task force for every client and are faithfully yours in success.  This publication is a team effort, which we hope will serve as a practical guidepost for those seeking a concise and detailed overview of navigating the often complex and highly nuanced processes for coming to Alberta, Canada through the economic stream.”

The extended version online is suited for those individuals who wish to learn more and prosper in Alberta, Canada.

There are also additional resources available for digital download via https://civs.ca/resources/  including sample business plans, template documents and video tutorials.

We also provide professional service packages on an hourly and flat fee basis.

Sean G McKinsley, BA, RCIC is the Managing Partner and Founder of Canada Immigration and Visa Services Inc.
Mr. McKinsley is a Member in Good Standing with the College of Immigration and Citizenship Consultants (CICC)

Mr. McKinsley is a Member of the Canadian Association of Professional Immigration Consultants. 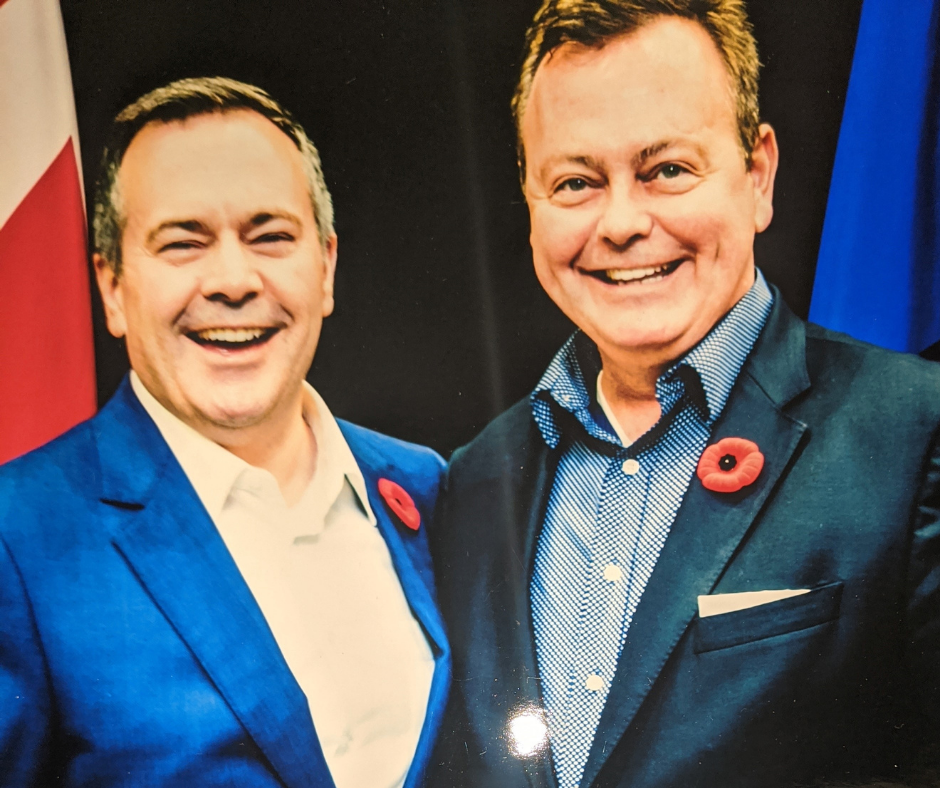 Mr. McKinsley is a specialist in Economic Class Immigration. Mr. McKinsley’s practice focus is on business investment pathways for resettlement to Canada. Mr. McKinsley has successfully assisted clients in resettling to Canada from all over the world, including former residents of India, Dubai, Saudi Arabia, Bahrain, the United States, China, Hong Kong, Europe, and South America.

Mr. McKinsley is experienced in public policy and business. He has served as the Chief Operating Officer of a Western Canadian Law Firm.

In the past, Mr. McKinsley was head of the public opinion research branch of JMCK Polling, which served an extensive list of clients, including senior Members of Parliament, national news media, and private sector energy firms. Mr. McKinsley served from 1996 to 2000 as the Executive Assistant to two prominent Members of the Parliament of Canada. He has also worked as a senior political strategist on national leadership, provincial and municipal campaigns. Prior to this, Mr. McKinsley was the Executive Director of the Alberta Taxpayers Association.

Mr. McKinsley has a B.A. in Political Science from the University of Calgary (1996) and an Immigration Practitioner Diploma granted by CSIC (2017). 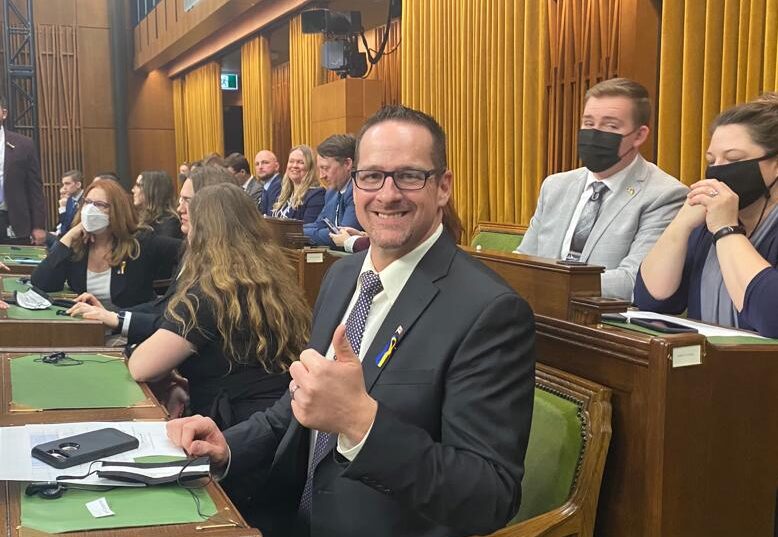 Mr. Carpenter is involved in senior levels of government advancing public policy and good government.  Mr. Carpenter was a distinguished guest who attended in person at the House of Commons of Canada to be part of the historic address by the President of Ukraine on Tuesday, March 15,
2022.

Mr. Carpenter is an entrepreneur, problem solver, and family man from Grimshaw, Alberta. Mr. Carpenter has started and launched many successful businesses and is an active volunteer and community builder in Central Alberta. He has gained expertise in agriculture, oil and gas, and business development, with a focus on rural Alberta-based businesses, commodities, and communities. He has completed over 25 successful business start-ups and projects, over the last two decades, mostly in Central Alberta. Additionally, he has participated in extensive economic development work in India and Bangladesh through micro-credit financing initiatives.

Mr. Carpenter’s early business experience is rooted in agriculture and continues to this day as he works with his wife and family to maintain a 2400-acre grain farm in Saskatchewan. His intensive experience as a grain merchant and trader of fertilizer, chemicals and seed, led him to his 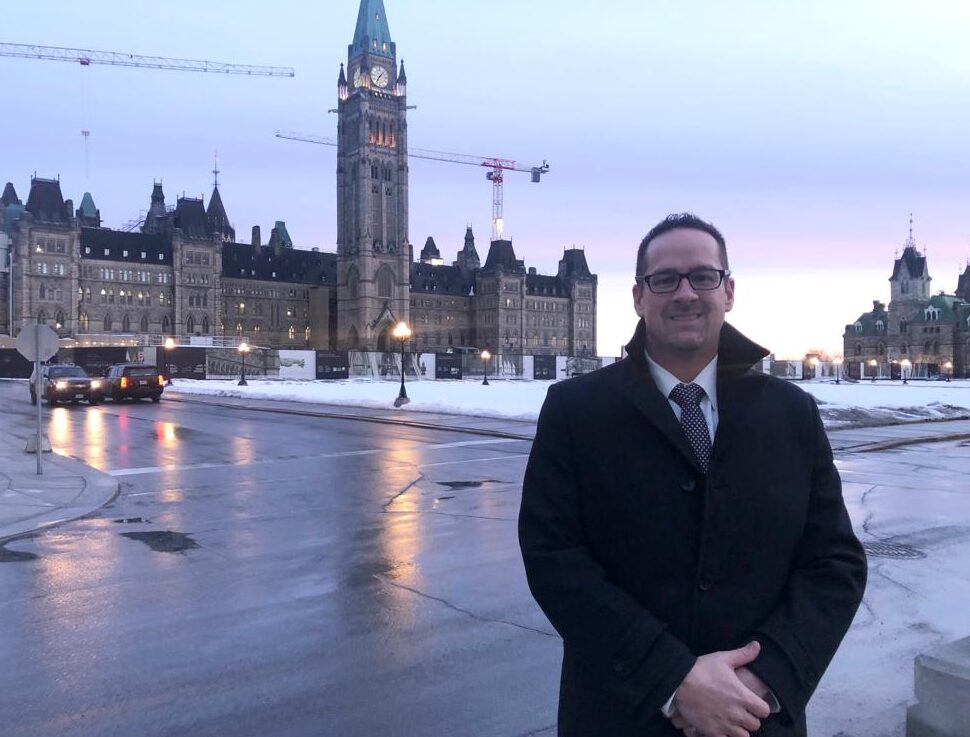 Mr. Carpenter is incredibly passionate about development and growth in rural and central Alberta. He believes the best opportunity for newcomers to Alberta lies outside the major metropolitan centres of Calgary and Edmonton, and that Alberta can grow and rebuild its economy based upon the fundamentals by which it was founded: agriculture, small business, and small towns.first business venture, Bow Valley Trading and Export Ltd., which he exited from in 2006. He grew this company to over 8 million in revenues with only 11 employees.

James currently resides with his family on the outskirts of Didsbury, an agricultural town in Central Alberta midway between Calgary and Red Deer. He is involved in various ongoing projects, including Strategic Innovation Solutions (for affordable housing and off-reserve First Nations housing), 21 Horses (Cannabis cultivation), and several commercial and residential developments (through Energy Developers).  Mr. Carpenter has strong roots in rural Alberta and has developed strong relationships with First Nations in Western Canada, as well as the federal and provincial governments. He is a firm believer in the hope, economic, and business opportunity which exist in rural and central Alberta.

Mr. Singh is fluent in Punjabi, Hindi and English. 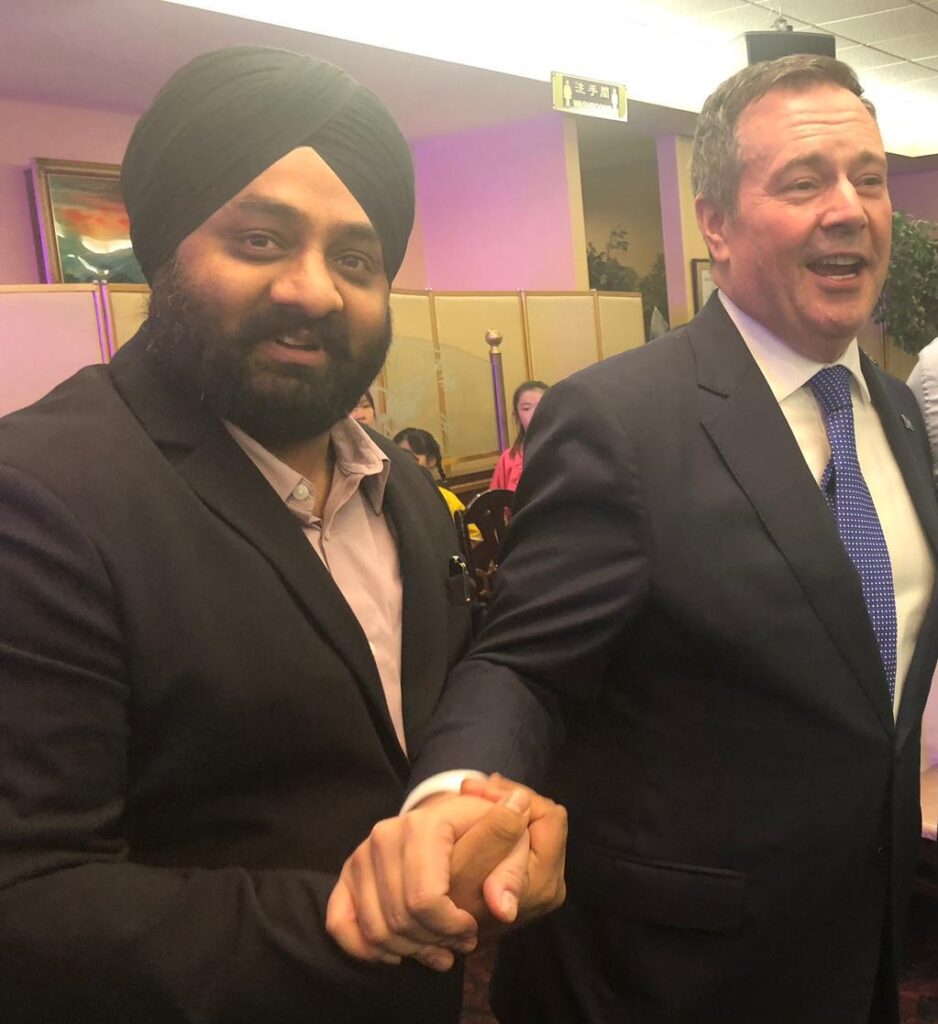 Mr. Singh is a Canadian Citizen who has deep roots in India where he was born and raised. His career commenced at the age of 19 in his first job with M/S Chawla Construction as a Marketing Supervisor, where he stayed for half a decade managing tender processing and marketing collaterals. Following his position with M/S Chawla Construction, he joined GM Exports as a globetrotting Sales Manager covering marketing initiatives and successfully increased sales figures in United Kingdom, Southeast Asia, Japan, Europe, Bulgaria, and North America.

aving explored most of the European continent, his next career venture found him as a District Sales Manager at SSE, UK, where he reached his peak as an astute professional in the company’s long running history as the UK’s only professional to have topped the sales chart in all four verticals of SSE’s revenue generation stream, consecutively for 3 months in 2010.

Mr. Singh spun into action with his own business under the pen name Gurmehar Constructions in India, where the Indian government recognized his efforts as the Best Contractor in B&R Business in all of Delhi. His sole proprietorship was accredited by The Indian Agricultural Research Institute (IARI) for having state-of-the-art research facilities for glasshouses, organic farming, rehabilitation, and mushroom farming.

Not long after he moved with his family to Canada, Mr. Singh became a sales and marketing professional in the automobile retail sales industry.

Mr. Singh has attended post-secondary education in Canada and is a graduate of Ashton College, Abbotsford, BC, Canada.

Mr. Singh is a self-made leader with strengths in:

At the time of publication, March 15, 2022. Mr. Singh has passed the Entry to Practice Exam with the College of Immigration and  Citizenship  Consultants (CICC) https://www.college-ic.ca/  and has applied for registration as a Member in Good Standing.