Historic News for the Economy of Alberta – Thanks to Alberta’s Brave Premier and Champion, Jason Kenney

Jason Kenney, Premier and Champion for Alberta, has today demonstrated leadership in securing Alberta’s future by seizing control of her economic destiny.

The bold actions by Alberta’s Commander-in-Chief, Mr. Kenney, comes amid COVID-19 and uncertainty over the economic security of Alberta and continental North America.   Mr. Kenney and his team have fundamentally changed the destiny for Albertans for future generations to come.

Sean G McKinsley and the team at Canada Immigration and Visa Services are proud of the strong measures Alberta’s champion, Premier Kenney, has forged together with his strong cabinet and private sector industry leaders.

Keystone XL is getting built and investor confidence coming back in the face of COVID-19 with a surge in Canadian energy stocks and the TSX.

Since the oil price crash in late 2014, Alberta has been struggling to profit off one of Canada’s most significant natural resources, the world’s third-largest reserves of oil which are contained within the province. The challenges the Alberta economy has faced has not been because of a lack of supply or demand in the world for Alberta oil. None of these challenges have been market-based challenges. Fundamentally, Alberta has struggled to get its ethically sourced oil to market, because of political, foreign-funded special interest groups and federal governmental roadblocks to pipeline construction. Essentially, Alberta’s oil has been landlocked in the face of increasing world demand because we simply have not been able to build pipelines, the preferred mode of transport for oil.

Today, during all the uncertainly around COVID-19, Jason Kenney, the Premiere of Alberta, announced that Keystone XL Pipeline will be getting built. This is incredible news for any Albertan and any Canadian. Here is an excerpt from the government:

“Just today, The Government of Alberta has finalized an agreement with Calgary-based TC Energy to provide financial support for accelerated construction of the Keystone XL Pipeline. The Keystone XL pipeline allows Alberta to export its vast resources of energy to the United States market for refining and processing.

This will see an immediate start to the construction of the pipeline, creating 7,000 Alberta jobs this year alone. Once operational in 2023, Keystone XL will carry 830,000 barrels per day of Alberta crude oil to U.S. Gulf Coast Refineries, helping to protect the value of the energy resources that belong to all Albertans”

Not only will the construction of the Keystone XL pipeline create jobs, but it also provides a link between the Canadian and American energy market and secures North America’s energy demands. America and Canada have a history of being strong allies and in the face of Saudi Arabian and Russian regimes recently dumping oil into the market creating a price war, the construction of Keystone XL will further increase Canada’s ties to the world’s biggest economy and most powerful partner, the United States. Keystone XL opens a new chapter with North American energy security that will be unfolding in the months to come.

The last 5 years have not been easy on Alberta, and with COVID-19 affecting the entire world, this exciting news presents hope to all Albertans and every Canadian. There has never been a greater time to come to Alberta, start a business, acquire property, and get started when everything is more affordable than it’s ever been from years of economic uncertainty and stagnation. We all look forward to the future ahead. A future of renewed confidence in Canadian energy markets and time for Alberta to once again, be the economic engine of Canada.

What is the Keystone XL Pipeline?

The Keystone Pipeline System is an oil pipeline system in Canada and the United States, commissioned in 2010 and now owned solely by TC Energy. It runs from the Western Canadian Sedimentary Basin in Alberta to refineries in Illinois and Texas, and also to oil tank farms and an oil pipeline distribution center in Cushing, Oklahoma. The pipeline became well known when a planned fourth phase, Keystone XL, attracted opposition from environmentalists, becoming a symbol of the battle over climate change and fossil fuels. In 2015 Keystone XL was temporarily delayed by then-President Barack Obama. On January 24, 2017, President Donald Trump took action intended to permit the pipeline’s completion.

The proposed Keystone XL (sometimes abbreviated KXL, with XL standing for “export limited”) Pipeline (Phase IV) would connect the Phase I-pipeline terminals in Hardisty, Alberta, and Steele City, Nebraska, by a shorter route and a larger-diameter pipe. It would run through Baker, Montana, where American-produced light crude oil from the Williston Basin (Bakken formation) of Montana and North Dakota would be added to the Keystone’s throughput of synthetic crude oil (syncrude) and diluted bitumen (dilbit) from the oil sands of Canada. 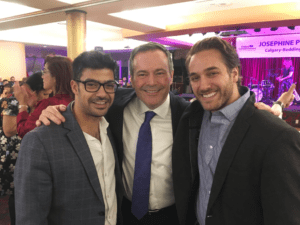 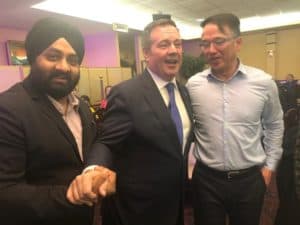 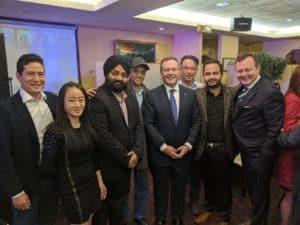