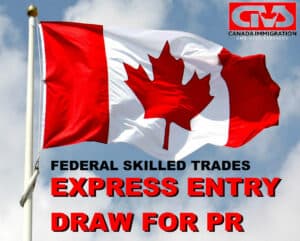 There are 500 invitations were given by the Government of Canada who have a comprehensive ranking score as low as 332 to the candidates of Federal Skilled Trades Class for Canadian permanent residence in Express Entry draw held last May 15.

The Federal Skilled Trade Class falls under the category of Canada’s National Occupational Classification (NOC) who are skilled experienced workers:

The Eligible candidates were scored under the Express Entry Comprehensive Ranking System (CRS) based on different categories such as age, education, skilled work experience and proficiency in English or French language.

The last draw’s cut-off of 332 was the lowest cut-off score this year in an all-program Express Entry draw which was 438. So all the applicants who entered their profile in the Express Entry pool before May 15 received an Invitation to Apply (ITA) for Canadian permanent residence. 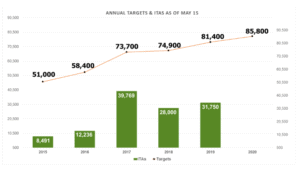 The recent draw of 500 candidates may be pursued by bigger draws in the future which is good news to everyone who desires to apply for permanent residency.

And different provinces of Canada had issued invitations to select Express Entry candidates occasionally this year in their own categories given the following details:

There are several pathways for an individual to become an eligible candidate, and these are being an International Student, Foreign Temporary Worker and an Owner Operator in Canada.

To know further on how to be qualified as an Express entry candidate, you can contact us and we are willing to assist and answer all your queries towards your Canadian permanent residency.

Who knows, you might be the next one to receive an Invitation to Apply for Canadian Permanent residency!