Immigration Is the Key For The Growth Of Canada’s Economy 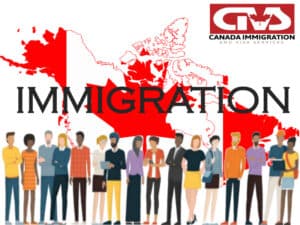 Canada has become one of the well-known destinations for immigrants, its diversity and economic stability led to boost numbers of immigrants to make Canada as their new home.  According to the Conference Board of Canada report, “with one in four people anticipated to be 65 or older in 2040 and a continuing low birth rate, Canada will need to rely on immigration for its labour force if the country wants to maintain its social infrastructure and healthy growth.”

Even though there will be 11.8 million Canadians that will finish school and will enter the workforce, there would be a big number of shortages of the workforce in between 2018 and 2040 from the 13.4 million workers retiring those periods. In the real world, associated with a low rate of birth in Canada, it creates pressure to the country’s economy that needs a solution to replace the outrageous number of retiring workforce and at the same time to continually maintain the tax revenues to pay for social expenditures such a health-care cost.

By 2021, the annual immigrants of Canada will increase to 350,000 compared to the present number of 250,000. The result of the increase is to relieve the impact of retirees in the workforce.

This solution would also help Canada to boost more women, indigenous people and persons with disabilities, and these workers from the under-represented groups to participate with the job opportunities offered and would lead to an increase of growth of the economy.

The Conference Board said that “Immigration, however, will be among the most formative policy measure to grow the Canadian labour force and economy… If Canada gradually rises its immigration rate to 1% of the population by 2030 – up from about 0.8% today – newcomers would contribute some 5.3 million workers to the labour force and one-third of the economic growth rate between 2018 and 2040.”

Both immigration and participation of under-represented workers would lead to an increase of 1.1% annually for the future years to come compared to the previous years.

With emerging technology today, some of the jobs will be eliminated but will also be creating more new jobs. Canada’s economic class section criteria prefer those applicants with a university education, and hence most of Canada’s immigrants are highly educated.

The 52.1% of the recent immigrants have at least a Bachelor’s degree compared to the Canadian-born population, according to Statistics Canada.

So if you are interested to become an immigrant in Canada, we are willing to help you! Have a consultation with us.