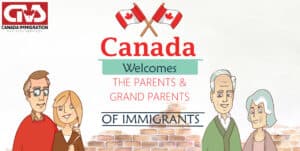 Parents and Grand Parents Program (PGP) was established to allow eligible Canadian citizens and permanent residents over the age of 18 to sponsor their parents and grandparents for permanent residency in Canada. Immigration, Refugees and Citizenship Canada (IRCC) has a target of 20,000 complete application for 2019.

Anyone who received the invitations from the Government of Canada to sponsor parents and grandparents has less than two months to complete their application. To be able to be considered for an invitation to apply for the program, the interested individuals must first provide interest to sponsor form during the submission period in January.

IRCC accepted 27,000 interest sponsor forms last January quickly in just less than 10 minutes. The invitations were issued on a first-in, first-served basis, following to ensure the basis of eligibility of the applicants.

Last April 24th, IRCC began issuing invitations and the process was completed on the 27th.

If the interested sponsor successfully submitted the form and did not receive any invitation, IRCC said that they will keep your submission and contact information. And anyone who wishes and desires to sponsor their parents in Canada, don’t worry because IRCC website says it may open the interest to sponsor form again this year “if we need more potential sponsors.”

And everyone is hoping because last year, IRCC held the second round of invitation to apply to the PGP at the end of July and increase the annual target number of applications.

Anyone who is interested in this program can contact us for further information and we will help you out to process the application and be with your family here in Canada.